The many faces of Buenos Aires 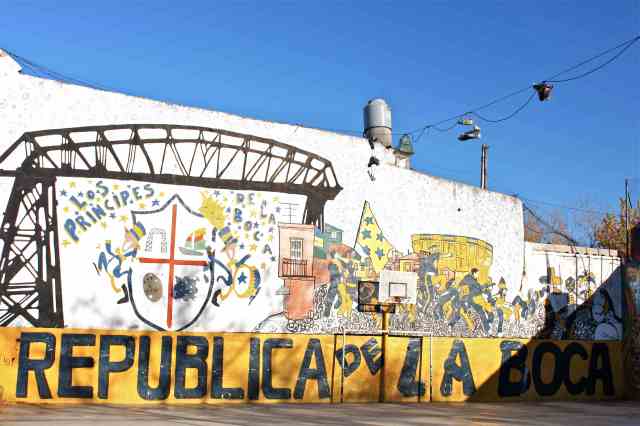 They say that Buenos Aires is the Paris of South America. If you raise your eyes and look up at the grandeur of the buildings above you, with their intricate stonework, wrought iron balconies and French doors, you could be forgiven for thinking you were in Montmatre. Even when you cast your eyes over the café tables sprawled on the pavement, the bow-tied waiters, trendy boutiques, bronze statues and narrow cobbled streets, you feel that BA has a certain Parisian flavour about it. There’s even the familiar danger of stepping in dog merde to keep you on your toes!

However, look a little closer and you’ll also see some striking contrasts between the two cities. For instance, you might notice that the buildings look a little more tired in BA, their façade’s grimy with city smog and their shutters closed. Some of the buildings look derelict, home to pigeons now. It’s like they’ve passed their time and lost their shine. Then there are the hardened faces of the working class, still feeling the effects of the country’s slide into bankruptcy only a few years ago. It’s clear that life for some people in Buenos Aires isn’t easy, but there’s a spirit inside that keeps the fire alive. And the best place the feel the pulse of this determination is in Boca.

Boca is an interesting place, run over with tourism now, but steeped in history nonetheless. The area originated as a portside community and quickly grew into a bustling town full of tanneries, factories and industry. Home to a largely Italian immigrant community, the area has supposedly some of the best home made pasta in the city, which you can enjoy watching a free tango show (just mind the doormen who will try anything to get you sit at one of their tables!). The buildings also make for a striking spectacle. Walk around and you’ll see a whole spectrum of colours – from bright blues, to fire-engine red, yellows and greens. Apparently the people of Boca were so poor they used left over shipping paints to paint their houses. The colours inspired generations of artists, musicians, writers and bohemians to settle in the community. Nowadays, the only colours the locals are interested in are blue and yellow – the colours of their beloved football club, Boca Juniors. The story goes that the youth who started the club in the early 1900s didn’t know what colours to make their t-shirts, so decided that the colour of the next ship to sail into the harbour would determine it. It was a Swedish ship and the rest they say is history!

But it’s not all about football and that famous dance. The young people of Buenos Aires have also perfected the art of eating and drinking like no one else. It’s not unusual for them to be out partying till 4am in the morning on a Tuesday night, then in at work for a 9 o’clock meeting the next morning. These people just don’t sleep. The GLG and I fell into step with the locals and followed suite, dining late into the evening and enjoying a red wine or more into the early hours. The only difference was that we could sleep in! However we also took advantage of visiting their annual Art festival – ArtBA, the biggest of its kind in South America. Here artists from all over Latin America (including some international names) come to exhibit a collection of their works for sale. Private collectors, hoteliers and corporate business alike come to buy works and there’s a vast array of media and styles to suite all tastes and budgets. Check out some highlights below. 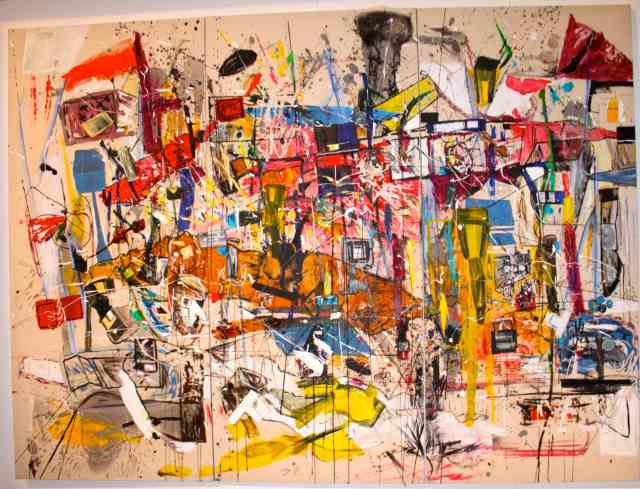 CHASING LIFE'S ADVENTURE
View all posts by bobo on the run →
This entry was posted in Culture, Uncategorized and tagged art, Boca, Boca Juniors, Buenos Aires, Paris. Bookmark the permalink.

1 Response to The many faces of Buenos Aires