Walking in a dream 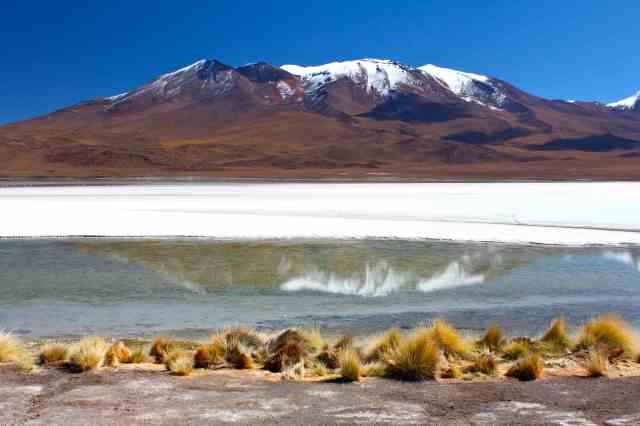 SNAP! Postcard shot in the bag. And another. Wow – it’s difficult not to take a good shot in this place. Where are we? The Salar de Uyuni Desert in Bolivia, that’s where. The very place that inspired Salvador Dali to create some of his most surreal landscape paintings and a place that’s been plaguing my dreams for years.

For those that have ever had the pleasure (or misfortune) of working with me, you’ll know that I have two constant postcards that I lovingly Blu Tack to my computer or desk partition wherever I go. I picked them up for free from a small café in Newcastle in 2001. The café owners had visited the Salar de Uyuni desert years earlier and had fallen under its spell, returning home to open a café under the same name. Hammocks, an open fire and devilishly good hot chocolate kept me returning for lunch most weeks and I became captivated by the images of the desert on the cafe walls (and on the free postcards!). I vowed I would visit this strange and desolate place one day.

Like most people, we began the tour in the town of Uyuni itself, a small dusty cluster of buildings on the edge of the world’s largest salt flat. We’d been warned repeatedly on travel forums and by fellow travelers to be careful when choosing a tour operator due to tales of drink driving, speeding, faulty 4WDs (incl stories of cars loosing wheels or breaking down in the desert for days). Fortunately luck was on our side and we teamed up with a great driver and cook as well as a fabulous Dutch girl and 3 Columbian chicas. The GLG was in for a memorable ride!

The next couple of days were a blur of spectacular scenery, cosy dorm rooms (with limited lighting), cold showers (if at all), red wine, Columbian hard spirits, singing (Ricky Martin eat your heart out), dancing and laughter. We had a ball. Even the language didn’t faze us as we seemed to communicate through a kind of quazie Spanglish. In fact, it presented the perfect opportunity for me to finely tune my interpretative dance skills and I was able to communicate almost anything with a small impromptu performance…well almost anything.

As for the Salar de Uyuni desert, it delivered its own award winning performance. Glaringly white salt plains stretched for as far as the eye could see. Tall volcanic mountains of every colour imaginable stood silent beside aqua and red lagoons. Pink flamingoes grazed in flocks, their thin legs bent as they foraged for food. Tuffs of yellow grass punctuated the dusty rocky earth, a dramatic contrast to the blue sky above. Light seemed to play havoc in this land, reflecting off the water but sometimes unable to create shadows or definition on the sandy mountains. It was surreal. It was eerie. It has left an imprint in my mind. There’s something about the Salar de Uyuni desert that almost defies explanation. It just is. 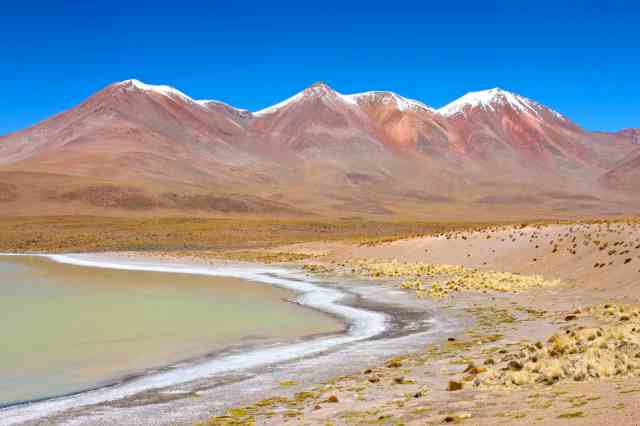 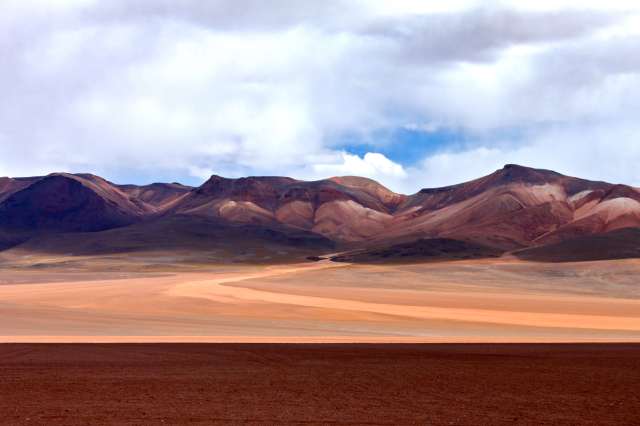 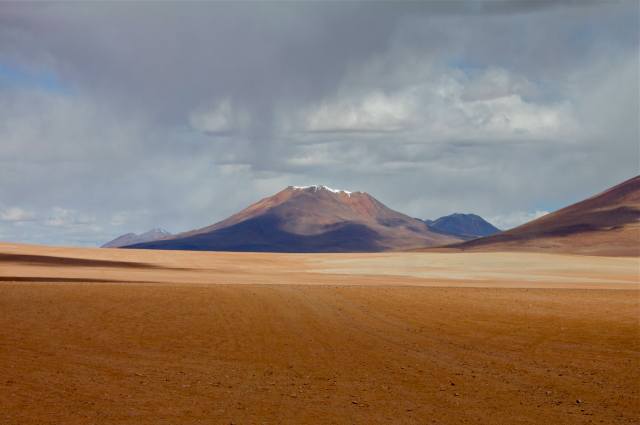 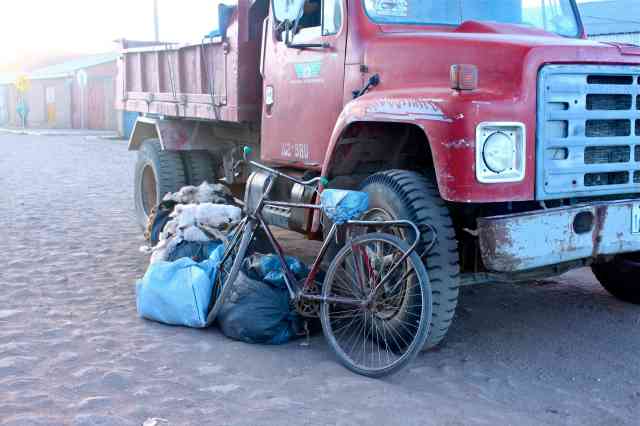 5 Responses to Walking in a dream