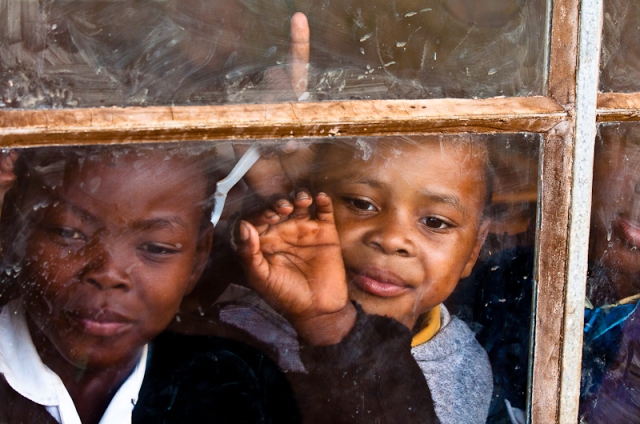 I had an ‘Africa’ moment the other day. The kind where I was reduced to a blubbering teary mess and forced to look out the window and focus on steady breathing.  Okay, so I’m prone to these outbursts from time to time, but who isn’t right? So what brought on this public display of raw emotion I hear you say? Well, no less than the sound of twelve teenage girls singing African gospel songs in the back of a bus that was bumping along a dusty road on its way to Thanda.

On this occasion, it crept up on me unexpectedly. There was no time for me to turn and hide my face. No – there I was sitting at the front of the bus facing the gorgeous smiling faces of the local school kids, when one girl spontaneously broke into song, her voice strong, clear and pure. Then every other girl in the bus followed suit, each knowing her own part in this beautiful melody. Their faces were filled with such joy and happiness that I had to instantly blink back the tsunami of tears that were threatening to slide down my cheeks uncontrollably. But it was too late. The moment had gripped me and I was pulled into the soft bosom that is Mother Africa.

That’s the amazing thing about these moments, you are thrown head first into the ‘now’, where nothing else matters. You’re acutely aware of yourself in your surroundings and they become forever etched in your memory. On this day, in this bus, with these singing children, there was nowhere else I’d rather have been. We had picked up a class full of kids aged between 10-17yrs (as they often start school at different ages) from the Mapa School and we were on our way back to the education centre at Intibane, Thanda Private Game Reserve. There we would teach them about different species of wildlife and the importance of conservation. We had planned to finish off the lesson with a simple origami craft session and a fun-filled treasure hunt. We volunteers didn’t know it at the time, but the kids had been rehearsing a play and they performed it for us before they left – singing, dancing and laughing all the way.

Life is full of defining moments too – big and small. One of my more embarrassing moments during the program came two weeks earlier during our first conservation education lesson – this time with primary school children (aged between 7-9yrs old) from the Mdletshe School, which borders the Thanda Private Game Reserve in KwaZulu-Natal. The little kids had been a hoot, and we’d had loads of fun teaching them about lions, monkeys and hyenas. We even made paper lion masks together and played a type of ‘animal’ charades where they had to guess which animal we were playing (with the teacher’s help as the kids couldn’t speak English). And so the moment unfolded…there I was swooping around the classroom like a bird, flapping my arms like wings and soaring around the children’s desks like an eagle in the sky. Instead of yelling out the Zulu word for ‘bird’ in unison, they were yelling out a whole array of Zulu names with unpronounceable tongue clicks. Feeling like I should help them along (as they were probably calling out specific bird names rather than just ‘bird’) I asked the teacher how to say ‘bird’ in Zulu. At that exact moment the classroom door opened and a small little girl appeared. The teacher then looked at me and replied, “Ma child” with a smile. Without skipping a beat, I started calling out ‘Ma child’ (trying to copy the teacher’s Zulu accent) and continued to flap my arms enthusiastically, nodding to the children and encouraging them to join me. It took a moment for me to realise (unfortunately a long moment that was captured on video camera) that the children had become quiet and that the teacher was looking at me with a somewhat confused (and dare I say concerned) expression on her face. She put her hand on the little girl’s head, cleared her throat and repeated a little more firmly, ‘this is ma child’.

‘Oooh….that’s your daughter!’ I managed to stutter in the awkward silence as the realisation finally dawned on me. Indeed life is full of little moments, it’s just that some are more memorable than others. 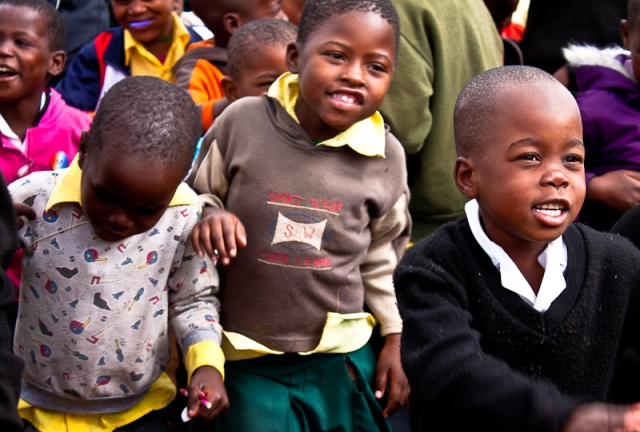 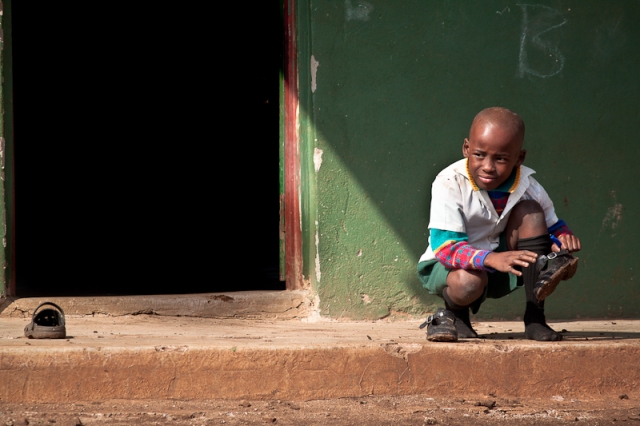 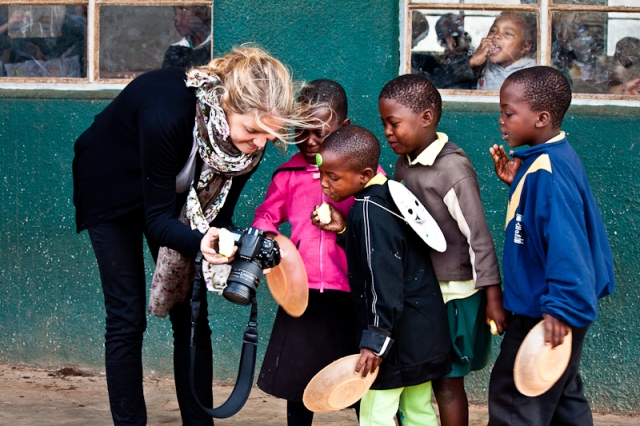 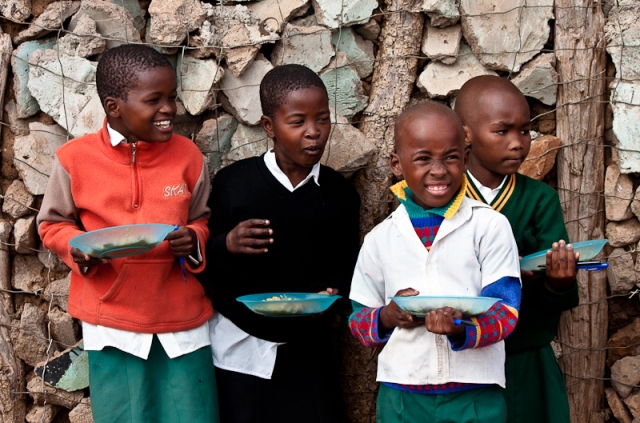 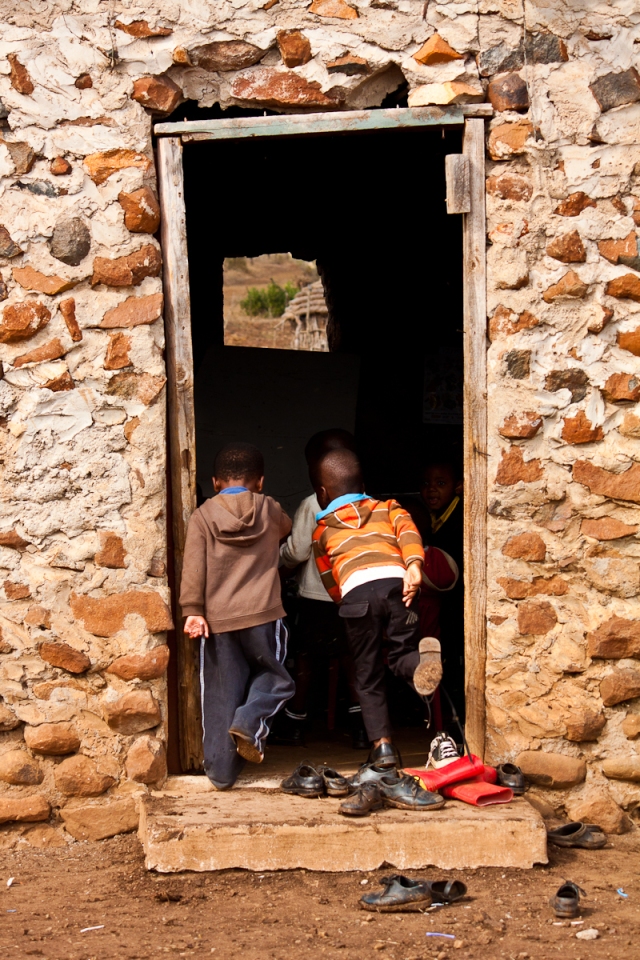 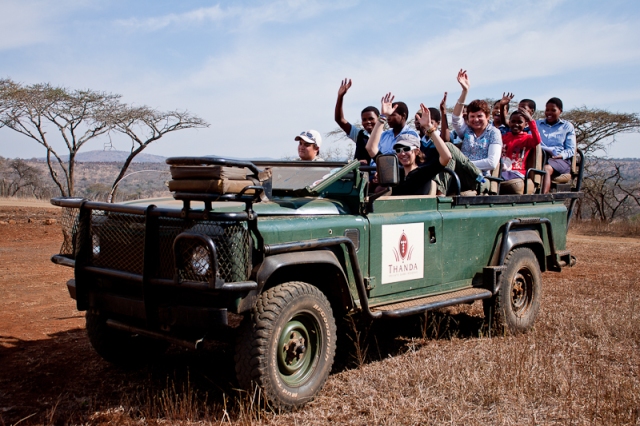 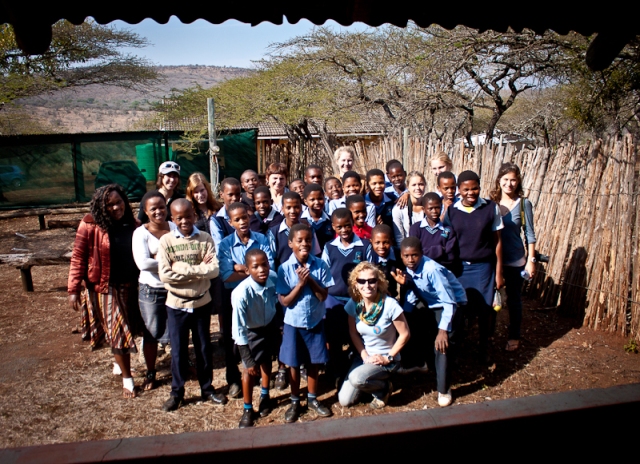 The Mdletshe School was originally established by Mrs Hloniphile Hdlouu in 1996 as a crèche for under five year olds in the Mdletshe community. However, with no primary school in the region, it soon flourished into a modest school for grades 1-3 with over 130 children. However, as the school isn’t registered, it doesn’t receive funding from the government, so relies solely on the generosity of the community for school supplies and food handouts. There are four kind and gregarious teachers who also selflessly donate their time to teaching the kids.

That’s where we can help. The Happy Africa Foundation plans to help Mdletshe School develop facilities that will help solidify its importance and ensure its longevity in the community. Money raised will go towards:

Stage 1 – constructing a fence around the school perimeter. This will establish a designated area for the school within the community and ensure the safety of the kids.

Stage 2 – building male and female toilets. Currently the children have to climb through the barbwire fence and go in the bush or behind a tree.

Stage 3 – building a 4th classroom to be used as a crèche for the smaller children.

Please contact me if you wish to donate to the Happy Africa Foundation to help this community project. 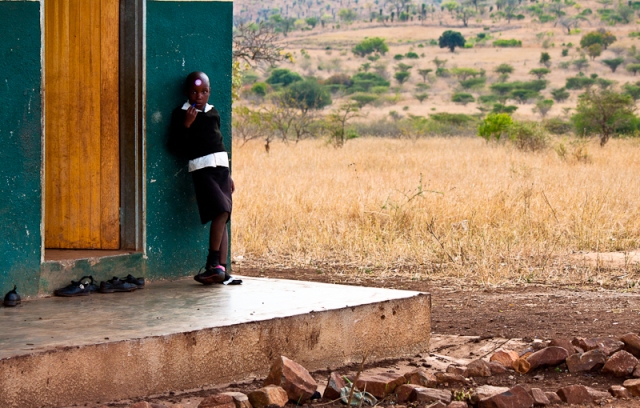