It’s difficult to describe the Ausangate region without getting short of breath. In fact, with most of the trek above 4,600m (the highest pass being 5,200m), talking about anything is a difficult task. However, once you’ve acclimatized to the high altitude and gathered your senses, Ausangate can only be described as a land of extreme contrasts. It is middle-earth meets Mars. It is wild, yet revered. It is protector of the people, yet it’s riddled with glaciers and avalanches. It is fiercly cold one moment, steamy hot the next (thanks to numerous hot springs). It is quite simply – otherworldly.

My GLG (German Love God) and I had decided on the Ausangate Circuit as an alternative trek to the very popular (and some say overrun) Inca Trail. We were keen to steer clear of the beaten track (‘scuse the pun) and discover a different side of Peru’s spectacular slice of the Andes. And we weren’t disappointed. Together with our crew – our trusty guide Erick, cook Gregorio, and musketeers Pablo (with his amazing Quechuan beaded hat with pom poms) and his son Justin – we set off for our 4 night / 5 day trek in high spirits.

With around 6-8 hours hiking each day, this was no walk in the park. While we often had a narrow path to follow, we also had to tread carefully over marshland, cross streams and climb over rocks to reach passes. Every turn and crest presented a new challenge and even more stunning scenery. According to Erick, the region is closely guarded by its community and they’ve had battles over land rights in previous years. These are usually fought with stones and sling shots and have resulted in fatalities (as recent as 3-4yrs ago!). It’s clear to see that these people live a hard life. Stone or mud brick houses with straw roofs are common and the people work the land well after night fall. Llamas, alpacas, sheep and wild vicunas graze the green and rocky fields and children often herd their flock back to the house each evening. We actually slept in a field of 600 alpacas and llamas one evening – a very surreal experience indeed!

One of the joys of trekking the Ausangate Circuit is the number of children you meet along the way. We quickly realized that the currency of the region is candy and the GLG and I shouted out to every child we passed with the same greeting – ‘Miskitas!’ (‘Candy!’) and they’d come running. A simple gift that brought smiles to their faces every time.

Gregorio was another person than brought smiles to faces. A camp-cooking genius, he was able to create pure magic using nothing but fresh ingredients, two chopping boards, a couple of pots and a gas stove. Until this trip, I had only known camping food as an assortment of pasta meals, cereal, fruit and Cruskits – and even then I thought they were adventurous. Gregorio, however, took mealtime to a whole new level. Each lunch and dinner we were presented with a 5-course degastation of savory pastries, soup, rice dishes, chicken and beef casseroles, Andean cheese and even an orange sponge cake cooked in a pot over a stove! All of this washed down with hot coca tea. Pure bliss.

I could go on forever, but I´ll spare you.  All I´ll say is that this was truely an experience of a lifetime, and one I wont be forgetting in a hurry. A few more pics below… 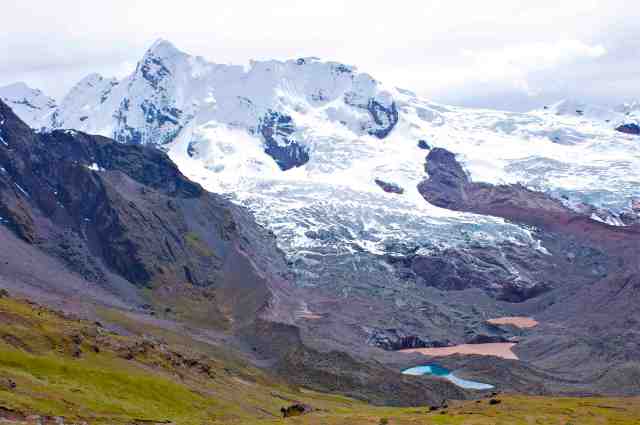 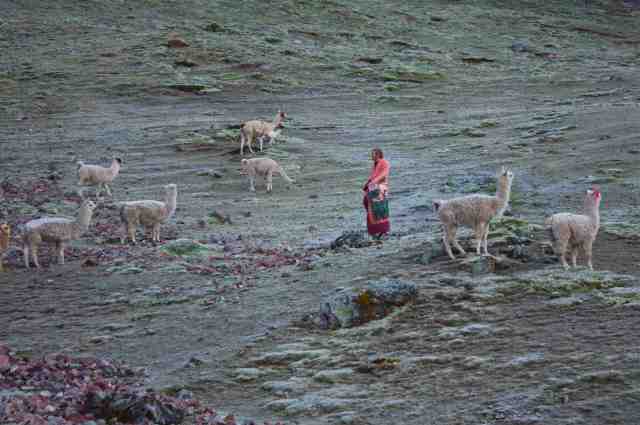 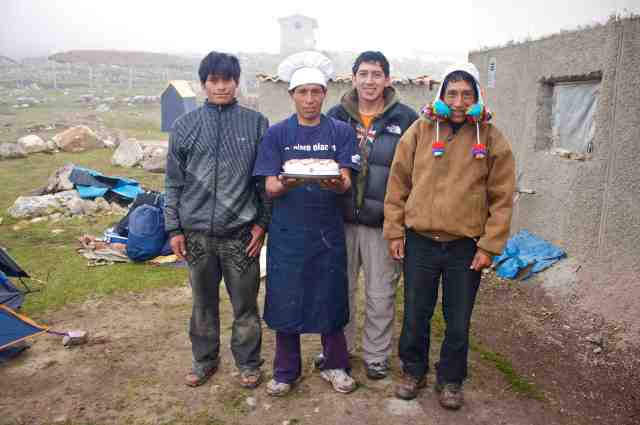